Indigenous this and indigenous that!! These are the catchphrases in any garden and plant discussion these days. Articles in gardening magazines often deal with this topic, but what I find amazing is that often the feature plants in the accompanying photographs, which the non-expert assumes to be indigenous, are in fact exotic.
Just the other day I was leafing through a popular gardening magazine featuring a very fancy “indigenous garden”, with the main feature plants being Cycas revoluta (Sago palm, ex Japan) and Dypsis lutescens (Bamboo palm, ex Madagascar)!
Now, when is an indigenous garden an indigenous garden?  50%, 75% or 100% of its plant stock being Indigenous? Nobody can answer that for sure.
The problem these days is that the general public is totally confused. Some ask me if they
are actually allowed to have non-indigenous plants in their gardens. Others classify every exotic plant as an invasive water-guzzling weed.
Obviously we do have a problem with a small number of exotic weeds but that does not mean that every exotic plant is in fact an invasive and water-guzzling monster. A lot of very ornamental plants come out of semi-arid regions that won’t use lots of water to survive.
For example a lot of palms like Bismarkia nobilis (Fan palm from western Madagascar), Wodyetia bifurcatum (Foxtail palm ex Australia) and lots of others come from dry areas with seasonal rains.
A lot of exotic plants have superb flowers like Roses, Orchids, and Anthuriums, just to name a few. A lot of exotics have beautifully shaped leaves like Philodendrons, Anthuriums, Ornamental Bananas, and undivided leaf palms.
What would Durban and our coastline look like without our Flamboyant’s (Delonix Regia)
or Colvillea racemosa trees? What would Pretoria look like without its Jacarandas?
A proposal to replace them with some nondescript thorny acacias failed due to the protest of the population.  Thank God.
But look at our Highway area from Westville to Hillcrest. A lot of exotic trees have been chopped down but have not been replaced by indigenous trees at all.  This nonsense should stop.
Are we back to the days of a cultural clean up, this time around with our plant world?
Another problem experienced with indigenous plants is that they are more prone to insect attack. Where exotics are mostly left alone, indigenous ones can be totally shredded
in a short time.
A lot of our so-called indigenous plants are location dependent. For example our treefern
Cyathea dregei, which grows so beautifully in the Drakensberg, does not grow along the coast. Too hot and too humid. So if we want tree ferns we have to stick to their Australian cousins. There are countless other such examples.
Last but not least – if it weren’t for exotic plants we would all die a miserable death.
Whether we like it or not - all of our major crop producing plants are exotic!
So what is the big fuss about “indigenous this” and “indigenous that” anyway?

Foliage type Anthuriums are not yet well known in South Africa. Have a look at our birdsnest type and velvet leaf type Anthuriums – very stunning.
Flowering Heliconias always add a touch of the tropics to one’s garden. Some of the Heliconias make outstanding cut flowers.
Travellers palms (trees) fascinate a lot of people, and many mistake them for some fancy unusual Strelizia.
We also stock Tree ferns, Staghorn ferns, ornamental Bananas, Tropical Pines and some
spiky Agaves.

For your and our convenience phone us before you plan to visit on 031 267 1111 or 082 8238038. This way we have the time to give you the ultimate recommendations for your particular requests. 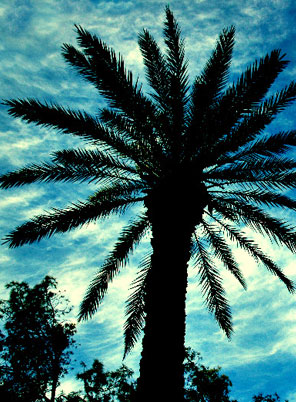 We rent out plants for short term functions. We cater for exhibitions, graduations, parties, weddings, and other functions.